It Takes a Neighborhood

It was just another story about a home foreclosed on and an investor who bought it at auction, hoping that he got a good enough deal to fix it up and flip it.  Sometimes investors don’t get an opportunity to see the house before the purchase, but part of being a real estate investor is having tolerance for risk.

Always Go to Your Walk-through

He went to the house with a contractor soon after he bought the house and was horrified to find a dead body in the bed. It was the widow of the man who had died 15 months previously. The house had been foreclosed on when payments stopped. It happened in Fountain, CO where there is a population of nearly 30,000 people and not too far south of Colorado Springs.  Neighbors had called the police when they didn’t see her for a while and were concerned that something had happened.

According to the article on KKTV’s website, a cop had knocked and left when no one answered. No one else apparently tried to enter. Sure, the neighbors felt bad especially since they had shared BBQ’s and block parties with the widow, but no one took the crucial step to see what happened to a friend.

I just attended a Neighborhood Night Out party put on by my neighbors across the street where I met people I should have already known. I’ve been in this house for 11 years and I’ve talked to neighbors on either side of me over the fence. Ive also nodded in recognition when we are out front shoveling snow. Then there was that time when we rescued a neighbor’s cat who had fled up a tree when someone’s dog was running around unleashed. I walk my dogs on the bike path instead of in the neighborhood because they act like a gang of terrorists when they’re all together.

It takes a neighborhood for us to make sure none of us are forgotten in the chaos of daily life. Kudos to northern Colorado cities of City of Fort Collins, Loveland and Greeley and Neighborhood Services for encouraging us to acknowledge the possibility that we will need each other sooner or later.

But it also takes us to come out of our homes and say hello once in a while. Maybe this Halloween I won’t close up the house and turn off the lights, hoping trick or treaters pass me by. My excuse is always my dogs (costumes freak them out!) but I can put them in the back bedroom, find the cowgirl hat I bought in Cape Cod and stand at the ready to hand out armloads of candy and compliments to the superheroes and Frozen Elsas and Annas, and Droids and zombies that roam our streets. 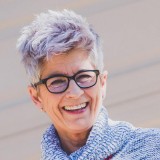